Born and raised in Israel, musician Dennis Lloyd—real name Nir Tibor—is a breath of fresh air when it comes to his music. From the songs he releases, to the skill he crafts them with, Dennis has had a firm focus on sculpting his talents from an early age. Now his self-development as an artist, is proving golden to him. Boasting a range of abilities from singer-songwriter, to producer and multi-instrumentalist, Dennis Lloyd is on the rise. It was the release of his huge 2016 single ‘Nevermind’, that gave him the step up that he wanted. The tune helping him gain attention and fans from all across the globe. He followed the single this year, with its sequel track ‘Never Go Back’, again serving as another brilliant creation of his. Now the musicians story continues even further with the release of his much-anticipated new EP, Exident. A 5-track project that follows on from where his previous two singles left off. If that wasn’t enough, Dennis Lloyd is also currently hitting stages across the world while on his Never Go Back tour. With London being his first stop to showcase his new tunes live during a special gig at Omeara, we grabbed a chat with him beforehand to talk about his journey so far. 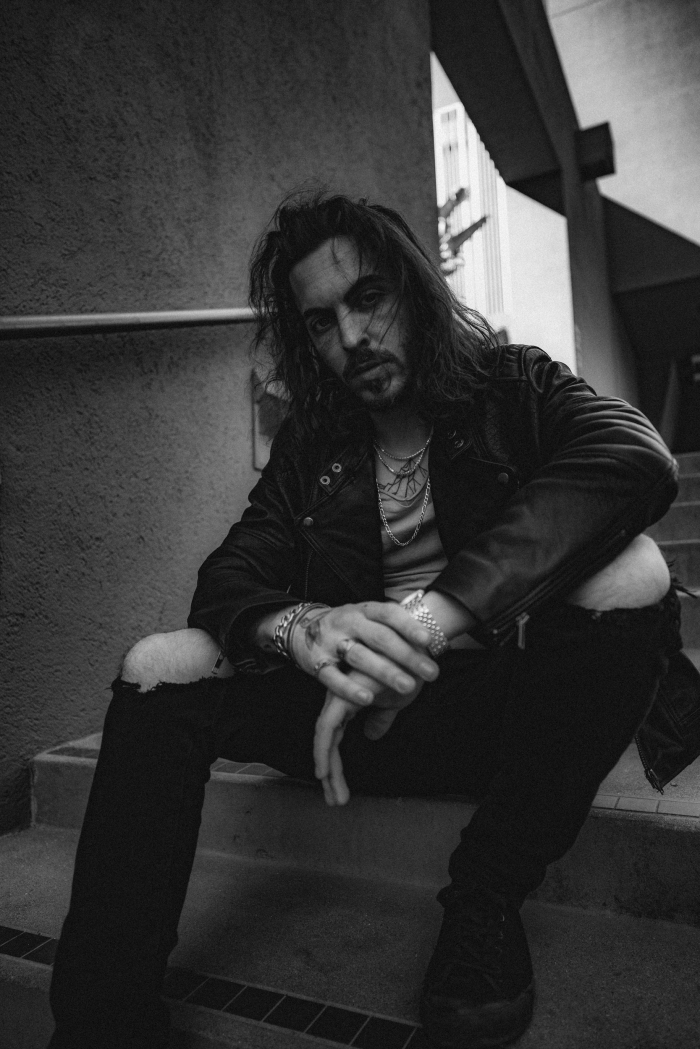 Hey Dennis – welcome to London! How are you finding things here?

What are your thoughts on the UK music scene?

Are there any particular artists you are listening to at the moment?

At the moment, I’m not listening to music so much. Only old stuff, like Nirvana, Police and Eric Clapton.

I’ve seen that you enjoy to travel – where have you visited that’s had the biggest influence on your sound?

Definitely Bangkok, Thailand. I lived in Bangkok for a year, this is where I found my sound pretty much.

What happened in that process to help you find it?

There was many things, but the one most important thing was having no WiFi. And I didn’t listen to music, I didn’t do anything, except make music.

How important do you feel that shutting yourself away and spending time alone was?

This was the most important thing in the process of finding myself and my sound.

Would you recommend it to others?

In general, I recommend young artists get to know themselves before they try to be like someone else. When you listen to music, you start to recreate it in a way.

How to do feel that growing up and living in Israel has influenced your music?

The environment is very musical in Israel. Like especially in Tel Aviv. It’s kind of like London, where you can go to this street and find reggae music, or this street and you’ll find hip-hop music and techno music. The nightlife in Tel Aviv, we have shows almost everyday. Everywhere you go, it’s very musical. Hip-hop playing in the street. I used to play in the street. Me and my Saxophonist now, it was 10 years ago. Every Friday we used to go and just play.

Amazing! No rehearsals, just jamming. We had like a full band.

What is your earliest music memory?

I was on stage, I was in sixth grade. I wrote a song and I started a band, the name was Card Smash, it was a horrible name, right? *laughs*. We had T-Shirts and everything and I wrote a song to my girlfriend back then, when I was like 10 or 11. And there was like an Independence Day big event, all the neighbourhood came to the school and I just brought her on stage and sung the song in front of the whole neighbourhood. This was my first musical memory I think *laughs*. Romantic guy I used to be.

How does your family feel about your success and the attention that your music is receiving?

I think that they are excited about it. At the beginning it was weird for them, because I didn’t really update them. It took time until Israel followed the radio and everything. It started in Italy and Germany, it took time. They are not on Instagram or Facebook, so they weren’t aware of it. Definitely now, they start to understand how it’s like. I hope they are proud, that’s very important to me.

We’ve got to mention your single ‘Nevermind’, it was massive and you received a lot of attention from it. Following its release, how did things change for you?

My life didn’t really change. I have more fans, I have more people. I have the attention of the people, that’s what I wanted to achieve with ‘Nevermind’. You know it has two versions. The original is the slow one, and then I made the remix version. My intention was to get into as many people as I can, you know, new fans. And after they hear ‘Nevermind’, some of them go and listen to ‘Leftovers’, some of them go and listen to the next song. Eventually I will have new fans all around the world and it worked. I’m just excited to be able to travel around the world and meet fans. This is my job, and this is for real the best thing. And I take my best friends with me. My band, my crew. We’re having so much fun.

I think it’s one from the EP I’m dropping on Friday, Exident. The name [of the track] on the EP is called ‘Aura’, it’s the first song. There’s a line there ‘I wrote you a song/dear future wife/you’ve brought the emptiness into my life’. I read this line and I’m just like, ‘this is my favourite’. Yeah and there’s many songs that I haven’t released yet.

Let’s talk about Exident – what can you tell us about the project?

Your ex has been a major source of inspiration for your latest material – how does it feel to keep reliving those parts of your life through your songs?

I think the hardest part was ‘Never Go Back’, the music video. I don’t know if people know about it, but these moments were real. Like they feel real in the video, but they were actually like that, you know. We just chose a different location. Even now, when I look at the photographs that we have and I look at the video, I’m like ‘oh my God, I can’t believe that I did it’. There’s some shots in the video that I’m like ‘I can’t watch it’.

How does she feel about it?

I think she liked it.

How would you say your music has evolved since you first began creating?

I know what I want to hear and it’s easier for me now. It used to be very difficult for me to try to translate what I had in my head, into the computer. But now, I just know exactly what instrument I’m going to use, where I’m going to cut the frequencies and everything. I think, like everything that you do, if you are an athlete or if you are a basketball player, the more you practice the more you evolve.

At what point did you know that having a career in music was possible?

When I came back from Bangkok and I booked my first show. I sold it out and I was like ‘oh, I can actually make money out of it. I can make a living out of it’. And this is, for me, the dream. Like I didn’t mind, and I still don’t mind, living in a small apartment with my dogs and doing the things that I love, you know. As long as I keep doing me, and music.

What are some of your highlights?

Last year there was a couple of shows that was just madness, which was Milan and Toronto. Both of them were the highlights of the tour. You want to know about my life? It’s different. The best moments of my life was when I adopted my dogs. I have two dogs. It changed my life for real. And in terms of my career, everyday is a new day. I’m just happy to wake up and know that I do something that I love, and I go to sleep knowing that tomorrow I’m gonna do the same.

Dennis Lloyd is your stage name – have you developed an alter ego to go with it?

No, I’m still me. It’s just a catchier name than Nir Tibor. And I can keep my privacy and my private life.

What do you get up to in your spare time?

Most of the time I’m with my dogs. If I can, I go travel. I go to the beach, I’ll go out with my friends somewhere. Release my dogs and let them run and play and just chill, you know.

You’re about to embark on your Never Go Back tour – how are you feeling about that?

I’m excited. Especially about playing new music. For me it’s still a shock that I’m releasing new music. I was locked for almost two years, I could not release music and now, I’ve released ‘Never Go Back’ and I’m the happiest person in the world. And I’m releasing more music, so I’m even happier. Like stick to the basics, this makes me happy to release new music, that’s it. You don’t need more than that. So going on tour, with my friends and playing it, what could be better?

Where are you most looking forward to performing?

That’s a good question. Canada is one of my favourite places, Toronto is like my second home. My manager is from Toronto, I’ve been there multiple times. I feel the love from the fans there. Toronto, Montreal, Vancouver is gonna be crazy. And of course the US. I don’t know if I have a favourite place, but I’m looking forward to Toronto and Montreal especially.

And you’re playing a gig in London tonight…

Of course. This is the first time that I’m playing the new songs. I have a vision, like after I write the song, record it and finish it, I need to think about how it’s going to sound live. And most of the time I’m doing different arrangements than the original songs. Most of the time I think about it when I take a shower, it helps me clear my head and focus on how I want it to sound. From the shower to here, like oh my God it worked. I’m just excited.

What’s the best piece of advice you’ve ever been given?

Good one! What’s the best and worst thing about your job?

How did you overcome that?

One day I will talk about it. There’s a song as well, a whole project.

Where do you hope to be by this time next year?

Are you a deep-thinker or light-hearted?

I never think to much, I am very impulsive.

Describe yourself in three words.

Not. A. Deep-thinker. *laughs*

Nice one! Who is your biggest inspiration?

If you could collaborate with anyone, who would that be?

They are all dead *laughs*. But If it was someone today, Calvin Harris or Mark Ronson, I think they are both extremely talented producers.

Or Jessie Reyez while you’re in Canada, she’s amazing…

‘Figures’ is one of my favourite songs. Her voice is just whoa, I would love to.

I would love to hear that! One song you wish you would have written?

Finally, where’s your favourite place in the world?

Siargao Island in the Philippines 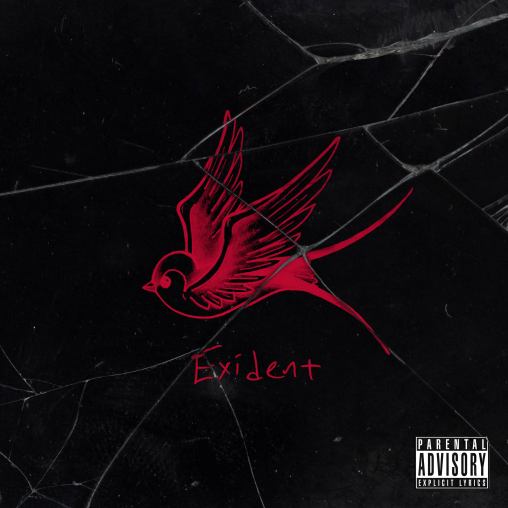