As this years 2020 BRIT Awards rolls closer to taking centre stage at London’s O2 Arena on February 18th, the city will also be welcoming a series of special gigs for BRITs Week Together with O2 for War Child.

Returning for its 6th year, the showcase of one-off music events running from 8-22 February will see artists such as Bastille, Tom Grennan, Catfish And The Bottlemen, Tom Walker, YUNGBLUD and others performing at intimate venues across London. All with a purpose of raising money for children whose lives have been torn apart by war.

To enter the prize draw and be in with a chance of winning tickets to your chosen gig, fans can make a £5 donation to War Child at www.britsweekwarchild.co.uk. The prize draw is open now and closes at 23:59pm on Monday 3rd Feburary. There will also be a limited number of ticket on sale from 9am on Friday 17th January. 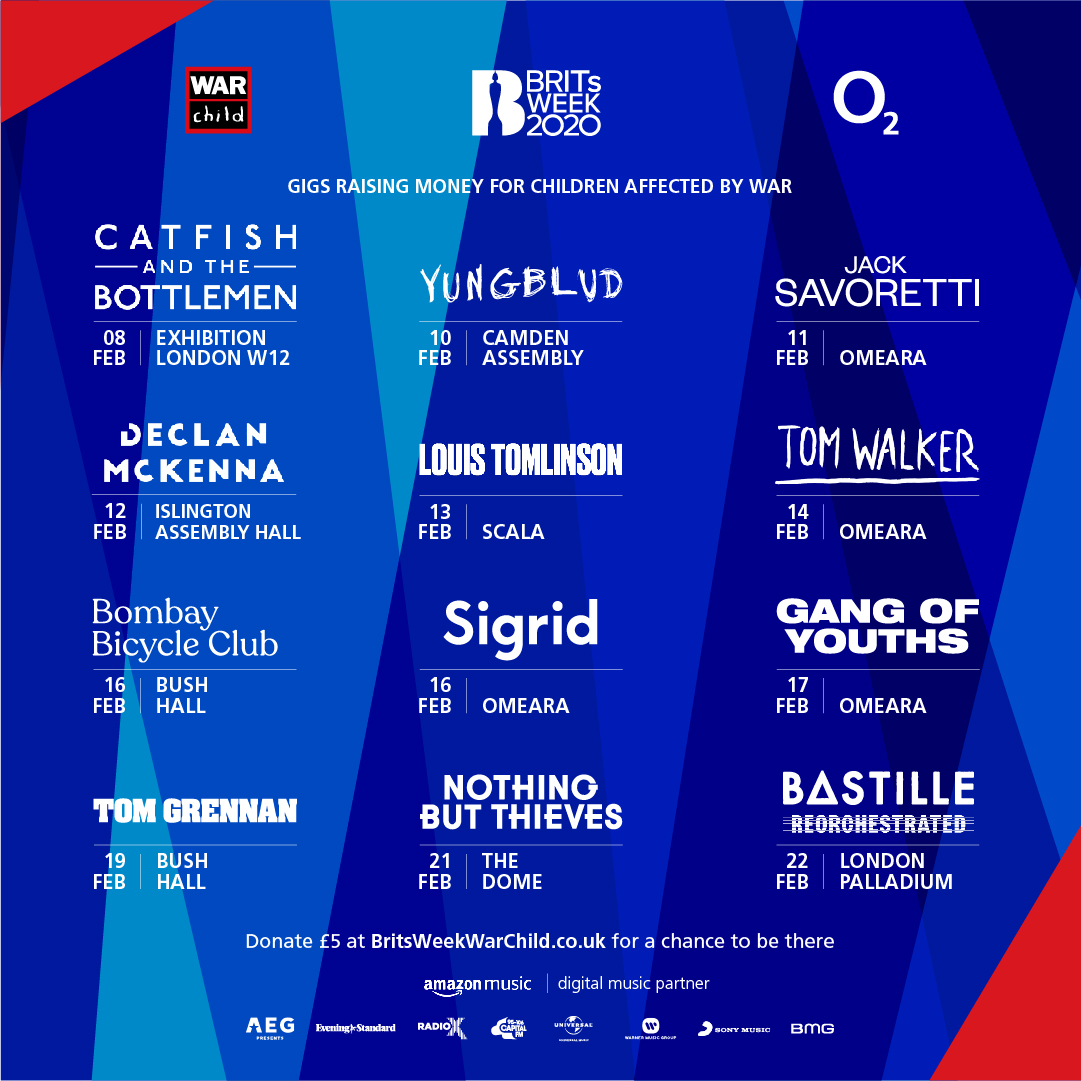