On the evening of Wednesday 27th March, the famous Royal Albert Hall was lit up for an extra special night of live music. Serving as part of the 2019 series of Teenage Cancer Trust gigs, the event welcomed us into an unforgettable show fronted by one of the UK’s most stunning talents, Tom Grennan. 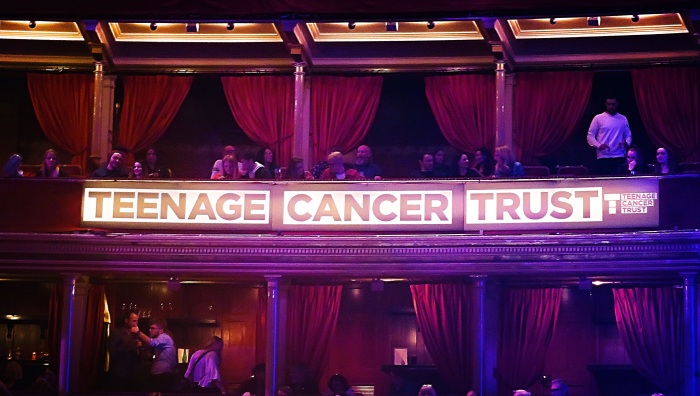 Spirits were high from the start, especially once the music began to play. Serving as support on the night was singer-songwriter Rose Gray, as well as Liverpool’s very own Zuzu, who followed soon after. Beaming brightly with personality as she introduced us to her music, while successfully getting the crowd into gear for Grennan’s arrival. Before he hit the stage though, we were first introduced to a line-up of inspiring young people,  as a reminder of the nights purpose. Each standing tall with their own individual stories—but one organisation in common—Teenage Cancer Trust. Ensuring that the charity and their work remained at the forefront of our minds.

The Royal Albert Hall is an amazing setting within itself, however, partner it up with a brilliant cause and a particularly great musician and you’ve got something truly unforgettable on your hands. Pulling out all the stops, Tom Grennan presented us with a show to remember. As the lights dimmed and darkness swallowed the Hall, a roar of cheers swept through the crowd to greet him. Walking out to the Fugees ‘Ready Or Not’ playing, Tom appeared through the shadows, along with a 27-piece live band and choir, put together specially for the night ahead. Then with a spotlight cast upon him and his guitar, he began to strum us into his first tune. Opening with the powerful ‘Sweet Hallelujah’, we were instantly immersed in his zone.

There is something about the Bedford-born star that is quite captivating to watch. After all, he is a normal, down-to-earth guy, except he’s equipped with a knock-out load of talent that holds the ability to take your breath away. A power that we were continuously reminded of as the evening played out. Igniting the rich, high-energy atmosphere that remained firm throughout his set, was the brilliant ‘Royal Highness’, ‘Praying’ and the notably crowd-pleasing ‘Make ’em Like You’. Belted out with the backing vocals of the entire sold-out venue rumbling along beneath his. 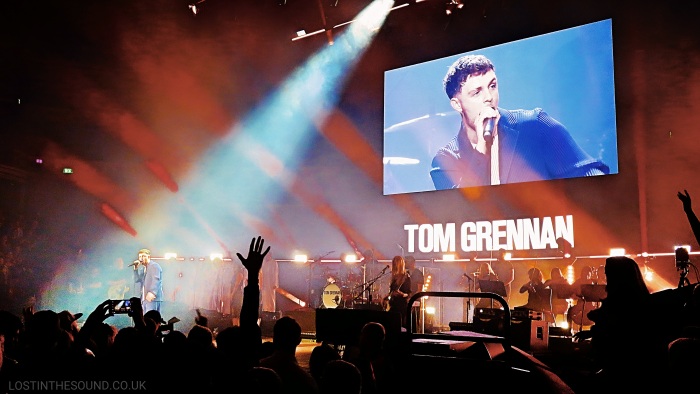 “Look at my mug up there. That’s jokes”, Tom says, as he sees himself on the large screen behind him. Still getting his head around this most recent achievement of his. Before launching us into his debut albums incredible title track ‘Lighting Matches’, closely followed by ‘Barbed Wire’ and ‘Aboard’. As always, his music took us down a road of emotions, made even more real through their live delivery. From ‘Lucky Ones’, to ‘Run In The Rain’ and ‘I Might’, Tom’s heart and soul remains firmly present through all of them. Thickly coated in his very special, raw and relatable qualities.

Performing a tribute to one of his favourite musicians, Amy Winehouse, Tom honoured her with an amazing rendition of ‘You Know I’m No Good’. Capturing the tune perfectly in both sound and performance, while adding a distinct Grennan-sparkle to it. The essence of the night will take a lot to beat! Tom has a knack for projecting the perfect mix of energy and personality through his performance, and through ‘Secret Lover’ and ‘Sober’ the highs continued to blaze.

“Can I put the lights up? I just want to see everybody” Tom asks. As he looked around the room, taking in the incredible sights and simply responding, “Wow”. Before going on to construct the vocals of the venue full of fans, to create the tune for his amazing ‘Found What I’ve Been Looking For’.

The most beautiful element of the night came with a stunning acoustic performance of his Chase & Status collab ‘All Goes Wrong’. Stripped-back with just the keys of a piano chiming alongside his vocals, we witnessed a very special, heartwarming moment for the artist. With full view of his audience, Tom appeared in awe of what he saw, as a smile formed brightly across his face while he took it all in. Then, stunned once more, when the eager crowd took the lead on the vocals to ‘Something In The Water’. “That’s goosebumps shit!”, he announces. Before pulling the tune back and launching it again. 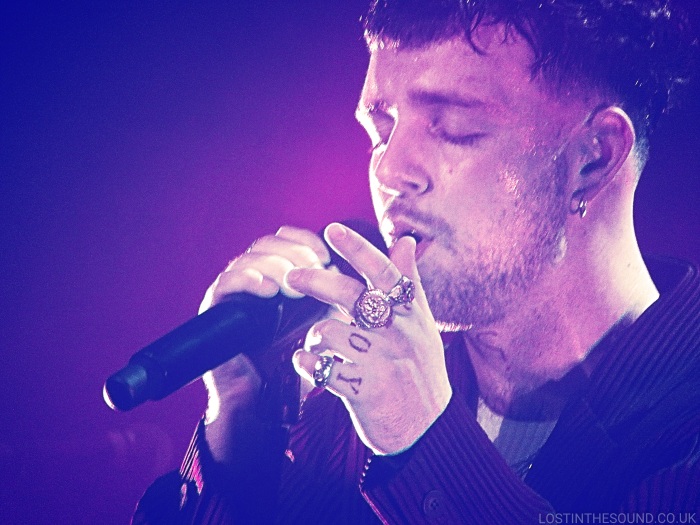 With just one song left between us and the end of the show. Tom used the opportunity to talk to his crowd, “Lighting matches has been a journey that I’ve been on, and you’ve been on. Thank you so much. You’ve changed my life. I love you”, he gushed, “I’ll be back soon with new music”.  “And now, it’s the last song of the night. It’s one of my favourite songs. I want to see the whole of the Royal Albert Hall lit up. So if you could get your lights in the air for me and put some stars in the sky”, he asked. Instantly sending a sheet of sparkles to shoot up from hands of the thousands, each person determined to make every last second that he graced the stage memorable. “Mate if you could see what I’m seeing right now. That’s mad”, he comments, as he looks around at all the stars in his sky. Before drawing us back into his sound for one last song, closing the night with ‘Little By Little Love’.

Tom Grennan is a force of a talent, standing in a total league of his own as an artist. And during that night, while under the roof of the grand Royal Albert Hall, one thing was certain—it was us that were the Lucky Ones. 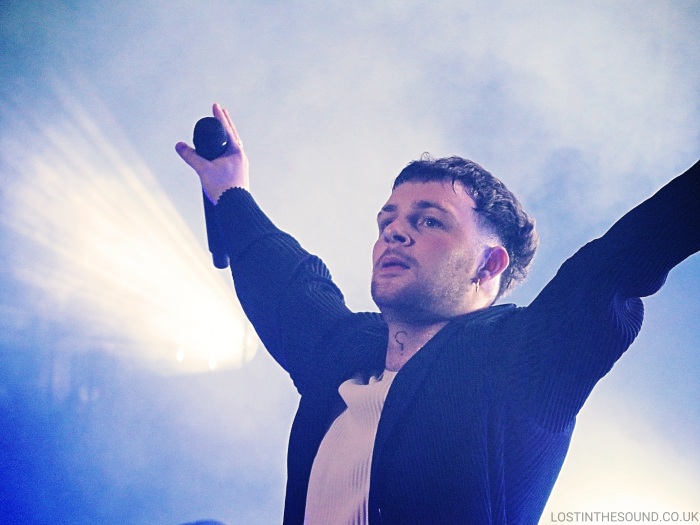 Photos and words by Demi Leigh