Following the release of their second studio album ‘We The Generation’ in 2015, Hackney’s hit-making collective, Rudimental, have made their welcomed return with new single ‘Sun Comes Up’, which serves as the first taster of their forthcoming third studio album. Teaming up with James Arthur on the vocals, the new track oozes fresh, tropical tones and feel-good vibes throughout, making it a perfect addition to our summertime playlist.

“We’re so excited to announce our new single ‘Sun Comes Up,’ a song we wrote about overcoming adversity. We spent a long time looking for the right singer for it, and were close to giving up until we met James Arthur; he sang it and we were blown away. We aren’t afraid of taking new directions, and our new material has stepped up to another level. We’ve traveled the world far and wide and finally we feel like we’ve returned home on this album. We can’t wait for everyone to hear it!” 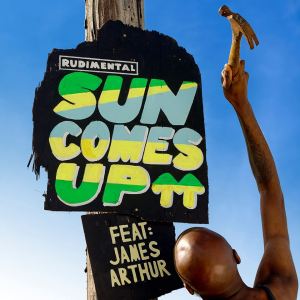