Mr Hudson releases the title track from his new album ‘Step Into The Shadows‘ featuring London actor Idris Elba. The track was penned during their first studio session together. “I was watching Luther and thought ‘he’d be perfect on the album‘” says Hudson. “I got in touch and he came round the very next evening.” 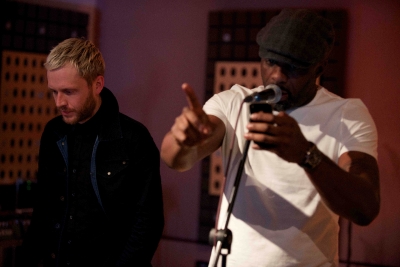 The nocturnal flavour of the record, and its reappearance that continues to echo throughout the album, is the result of working nights – suiting both Mr Hudson’s body clock and Idris’ schedule. On the strength of these sessions Idris in turn invited Hudson to South Africa to work on his own album, an experience Idris described as ‘like attending a masterclass in song writing and production’.
Mr Hudson will be performing Step Into The Shadows and other songs from the forthcoming album at Oxford Street’s 100 Club on July 9th.
All tickets bought for the initial date of May 8th will still be valid.
Tickets are available now from www.gigsandtours.com
Step into the Shadows feat. Idris Elba is available now from
iTunes