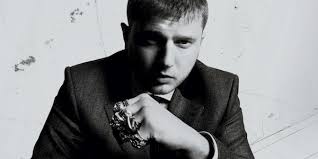 In our opinion Ben Drew AKA Plan B is at the Pinnacle of UK Talent as it stands today. Not only is he a renowned Singer/Songwriter that’s able to adapt to different Genres with his own personal touch. His lyrics include current affairs within the UK, rapping about the Country’s  out dated and out of touch politicians and the ever growing  problem of today’s restless generation – Giving a voice to the much too often voiceless and misunderstood youth.

Here we take a closer look at this Multi talented Artist.
Already a talented performer whether he’s on stage or acting in front of the camera, we are soon to get a taste of his 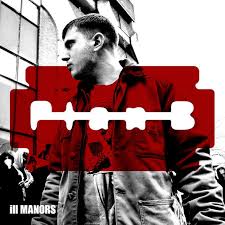 talents from behind the lens, with his soon to be released film directorial debut ILL MANORS, with an accompanying soundtrack of the same name. The film revolves around four main characters living in Forest Gate, London.  Made up of six short but equally shocking stories interlinking with one another each represented by a different rap song. Based on part fiction part experience, it already has the critics talking!!

If that wasn’t enough to keep him busy, he is also starring alongside Ray Winstone in the new film version of the 70’s series of The Sweeney. Drew playing the role of George Carter originally played by Dennis Waterman, while Winstone plays the role of Jack Regan, originally played by the late John Thaw in the series about London’s Flying Squad. Getting in shape for the role and showing us a slimmer version of his usual self.
But it doesn’t stop there for this current workaholic…. Ben has also set up a partnership with EMI Music Publishing launching Temperamental Music and on the look out to sign talented musicians and singer/songwriters.

“I’ve always wanted to be in control of my own destiny and build my own Empire, this is a step closer to that… I feel i can help raw young musicians, planting some positive seeds in their heads, help them progress.”

Pure straight talking.. No pauses, No edits..
Just alot of common sense that you can relate to.
Have a listen for yourself and make your own opinion…

Speaking at the TEDxObserver Conference recently he goes on to say…

“There’s a person out there – everybody knows someone that they can help… i’m not talking financially, i’m talking with knowledge.. Plant a seed.”

With an interesting and worthwhile ‘Pay it Forward’ concept, helping others by what you know, taking your talent and using it to change lives.
If anyone can bring about these positive changes then Ben Drew is the man to pull it off and make it happen. At just 28 he has accomplished so much, he’s  also willing and working on giving  something back to the community, now that deserves some respect!
(Artists like Ben Drew are few and far between and that’s a shame !!)
So on that note were going to end this article in wishing Ben Drew every success in 2012 and beyond… he’s future is certainly shining bright like the star that is  Plan B..